Just because you can survive something, doesn’t mean you should.

I can already hear the many people in my life and others unknown taking issue with what I have chosen to name this site. But, it is my blog. My life. My feelings. This is my truth, so you can take it or leave it.

I can’t imagine I will be asked to speak on any tours to uplift people in life because what I have concluded late in my life is that if I had to do it all over again, I would choose not to survive. I hope one day I will change my mind about that, but this is where I am today and I don’t see that changing for me. But, I do have to remember that my life has taken many unusual twists and turns, so who knows where I will end up.

On the outside, some people might think I have had a very good life and I am very fortunate. And I guess there is some truth to that conclusion. I live where I want to live. I have a long term marriage. I have beautiful children. I can generally buy or do what I want to do in life. But this life comes with tremendous costs, which forced me to ask myself the question of whether I would do it all over again if I had the opportunity.

In 2015, I learned about Brene Brown through her famous Ted Talk. Yeah, that damn Brene Brown who we all love, but who harps on living an authentic life. It was then that I realized my entire life had been inauthentic, and I didn’t want to live that way any more.

I got back into therapy shortly after my father’s death in 2014, after having been out of it for almost 14 years. I was suffering PTSD symptoms, so I knew I had better get some help before things got out-of-control for me. Out-of-control for me is not something pretty. Anyway, it was my arrival in therapy that collided with realizing how inauthentic my life was that helped spin my life into the mess it is today.

No one truly knew me, not even I knew me. I literally found myself feeling like a robot, and realized when I would dable with authenticity, people preferred the robot-version of me better (insert sad face here). I also realized that what I am going to call the “simple” authenticity that most of Brene Brown’s followers were striving for was not something that applied to me.

So begins my journey into the truth about me, my life, my family, the horrible people in this world, angels I have met, a confusing God, and the unimaginable in this world.

But for now, I will keep it as simple as to say I have had a horrific life in many ways. This life left me with many battle scars, most prominently Dissociative Identity Disorder, Post Traumatic Stress Disorder, a life filled with suicidality, severe depression, feeling lost and inhuman in this world, and alone. Though some people with Dissociative Identity Disorder (DID) will say they don’t feel alone because they share their inside people with themselves in a way that doesn’t make them feel lonely (like they have a built in set of friends or family to socialize with). That is not my experience. Don’t worry, I’ll explain more about that later if it makes no sense to you.

The “experts” and survivors with Dissociative Identity Disorder often like to say how lucky we with DID were to survive horrific lives with this very creative coping mechanism of forming DID. There weren’t textbooks handed out to us children who formed DID from our childhoods, so everyone is different who has it. It something to keep in mind, but it is also amazing the similarities we with DID who had no textbooks have with one another.

I have wasted much of my life with this damn disorder. I spent the 1990s in-and-out of mental hospitals that specialized in treating this disorder only to learn they really had no idea what they were doing ( a decade of my life lost to nothingness). The treatment was really all experimental, and most of it was making people worse. So, by some miracle, I left the DID world I was living in at that time and managed to pull off looking relatively normal to the outside world, but inside worrying everyday that this would be the day I was going to be “found out” how crazy I really am.

For me, even though I was extremely fortunate to have an extended period of high-functioning-outside-looking-normalcy, I still had a lot of amnesia, which is one of the classic features of people with DID. It is a little like being a high functioning person with a touch of Alzheimers. I could know people extremely well and often not be able to remember their names or a fact that was too common for me to forget the name of it. I would often be at a conference or in a meeting and sweat bullets with the fear I would be called on because chances were I might not know the answer because of the amnesia problem. I couldn’t recall much of my childhood, and there was lots of stuff in my daily life I had no memory for, but it had happened. It was a daily battle that I had developed  a lot of skills to try to cover it up. For instance, when people would come up to me on the street knowing my name and excitedly saying hello to me, I got really good at going along with it even though I had no idea who this person was.

After being out of the DID world for 14 years, and then back in, the DID “experts” decided they now knew what they were doing. The therapist I started working with explained this to me, and I immediately started reading everything I could get my hands on about the new treatments for people with DID. It sounded promising, so I was all in. I desperately wanted to be “cured” and to live an authentic life. So I threw myself into working on getting better and learning everything I could about current treatment ideas, research, and learning from DID survivors who wrote about experiencing success (which you will learn later means different things to different people).

Though I do not plan to be a Debbie downer, there will certainly be moments of that in my truth. I will also try to talk about the positive and the hope that exists when it does exist. There will be sadness, horror, disbelief, anger, self-blame, shame, confusion, and lots of other stuff as I wade through this thing called me life. I will use this blog to hopefully help me put some order to a confusing life, and also as a healing tool.

I look forward to sharing my hidden life with you. 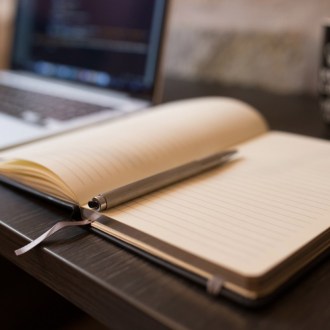 A little about me.

END_OF_DOCUMENT_TOKEN_TO_BE_REPLACED 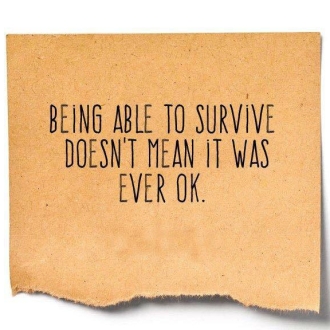 END_OF_DOCUMENT_TOKEN_TO_BE_REPLACED

I stood next to my mom in the cashier line at the run down Macys. She is 87, battling dementia, and growing weaker. There is only one cashier and she is moving slowly, so the line doesn’t really move. I tell my mom to move back a little from the people in front of us…